FacebookPinterestMessengerTwitterEmail
7 years ago| by Angie Finlay

Signs, Symptoms and Challenges to Consider

Overactive bladder (OAB) doesn’t discriminate between genders: men can develop it just as easily as women. The risk of OAB rises in both genders around middle age, with more people over age 60 complaining of symptoms like difficulty holding their bladder, sudden urges to urinate, and nighttime incontinence.

Bladder problems can manifest differently in men and women, partly because of their different anatomies. However, physiology isn’t always to blame, and in fact, some of the most effective treatments aren’t gender-specific. However, before getting the treatment you need, you’ll need to get the right diagnosis, and that can be easier said than done.

Although OAB in men is chronically undertreated, it doesn’t have to hold you back. Be proactive in your health by looking out for warning signs, knowing when to talk to your doctor, and how to advocate for an accurate diagnosis.

Signs and Symptoms to Watch For

Not everyone will experience all the classic symptoms of OAB. A lot depends on what triggers the condition in the first place and how sensitive your nerves and muscles have become. Here are some of the most common OAB symptoms in men:

Both urge incontinence (leakage when you get the strong urge to go) and stress incontinence (when laughing, sneezing, or another jarring event causes the leak) could occur alongside the other symptoms of OAB. It can be embarrassing and worrying, and that can keep you from getting the diagnosis and help you need.

Problems With Diagnosing OAB in Men

While certain problems are unique to women and others are unique to men, other factors can raise everyone’s risk of OAB. For instance, the bladder becomes less elastic as you age, which means the detrusor muscle (the major muscle that helps to hold the bladder shut and empty it when necessary) becomes less efficient, and you may lose some control.

But while both women and men suffer almost equally, they aren’t treated at the same rate. OAB in men goes ignored and untreated much more frequently than cases of OAB in women, for a couple of reasons:

8 months ago| by Angie Finlay

Any condition involving things that normally take place in the privacy of a bathroom is going to be embarrassing to talk about. OAB is not a popular topic for the dinner table, nor is it discussed around the water cooler. But how women choose to face or hide medical ailments is often quite different than how men do so, and OAB is no different.

Traditionally, many men have a very hard time discussing things like testosterone levels, erectile dysfunction, prostate exams, bowel issues, and any startling health changes with their doctor. There is still stigma surrounding seeking help and how that affects masculinity, and this often delays crucial treatment. Experts estimate that many more men are living with OAB than records show, partly because they refuse to report their symptoms.

Although just as many men as women suffer from OAB, men are treated for their symptoms far less frequently. This is partly due to the role of the prostate: in about two-thirds of male OAB cases, an enlarged prostate interferes with the bladder, causing an obstruction. In turn, it’s often assumed that there’s an obstruction so men are treated for that instead of for other possible sources of their OAB.

Where prostate-specific treatments fail, OAB treatments that target the detrusor muscle would likely work better. The key is to accurately diagnose the root of OAB first, which means doctors need to take a closer look at male OAB cases — and men need to be perfectly candid with their doctors.

Urinary and bladder symptoms don’t always stem from either an enlarged prostate or an overactive detrusor muscle.

Sometimes, a stroke, neurological disease (like Parkinson’s), infection, cancer, or bladder stones cause the urinary tract trouble, and in these cases, the issue isn’t OAB. Instead, the bladder instability is a consequence of another illness, and can only be resolved by treating that underlying condition.

If an enlarged prostate is not to blame, then men with OAB will probably benefit from the same treatments as female sufferers. There are several approaches to ease the symptoms, build bladder strength, and improve quality of life with OAB, regardless of gender.

Once your doctor has run the necessary tests to determine whether or not you have OAB, and how severe it is, they will suggest lifestyle changes, medications, and if your case warrants it, more invasive treatments to correct the problem.

In serious cases of OAB where nothing else works, surgery may be considered. However, don’t give up hope too early: in many cases, good self-care, appropriate lifestyle changes, a bit of patience, and some help from targeted medication can significantly reduce your symptoms and restore a lot of comfort and control.

Overactive Bladder LivingBladder Augmentation Considerations: Is Surgery Right for You?

Overactive Bladder SymptomsUnderstanding the Connection Between Menstrual Cycles and OAB 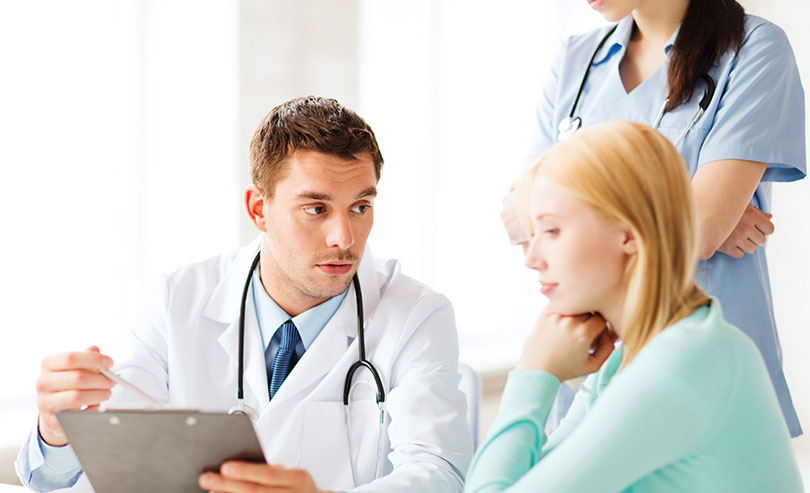